When we look around the world at those who have adopted yoga and practice yoga daily, there seems to be a built-in contradiction. On the one hand, mainly in western countries, secular institutions across the world have been practicing yoga. On the other hand, the yogis practice religion, spirituality, mysticism, and yoga.

The answer is almost simple. Despite some similarities, yoga is not a religion. Yoga can not be considered to be a religion. It is a way of life which in some way, can remind us of religion. Yoga shares many common things with different religions, such as personal contemplation, satisfaction, finding a deeper meaning of life, and seeking personal peace. In contrary to religions, Yoga has no direct or bound rules and regulations that you have to follow as in particular religions.

Yoga is a physical and spiritual exercise designed to bring the practitioner to spiritual development. This spiritual growth is a unification between self-consciousness and spirituality. A state in which the senses are concentrated in the practitioner’s personal experience without being disturbed by external simulations, and there are no distracting thoughts.

Yoga is one of the best exercises performed across the world. It should be practiced positively. It is about discipline and ethics that increase the value of life. It helps to attain a mindful life. Yoga helps to boost calm and steady living. Not only is it beneficial for your mental well-being, but also your physical well-being. Yoga is one of those practices which can take you by surprise.

What religion is yoga associated with?

Yoga is associated with Hinduism and Buddhismץ. Many spiritual leaders believe that yoga finds its root in Hinduism. Different yoga schools and the goals are practiced via different religions like Hinduism, Jainism, and Buddhism. Yoga, however, finds its origin in one of the Hindu philosophical traditions’ six astika schools.

Is yoga based on Buddhist or Hindu?

Yoga is found in the Vedic and Hindu schools of thought and practices. The Yoga system was originated by Hiranyagarbha, the one who is the form of Vedic Sun.

The origin of yoga is found in Rigveda. But, what’s more, convenience is very controversial. Lord Shiva is hailed as the greatest of Yogis or Adi Yodi. Classical yoga and yoga of Buddhism are very different. The teachings for both vary on a significant aspect. The Yoga sutras find their place in Buddhism as well.

Yoga and Buddhism are considered to be meditation practices that follow the path of Karma and rebirth. It helps to bring about the concept of consciousness. Yoga in Hinduism and Buddhism follows the principle of Truth or natural law. The Sharma’s include the law of Karma and bring the unity of sentiments.

Although they follow the same principles, there’s a huge difference for both on philosophical levels. The basic ethics and values of yoga in Buddhism and Hinduism remain the same: to attain inner peace and meet divine power. 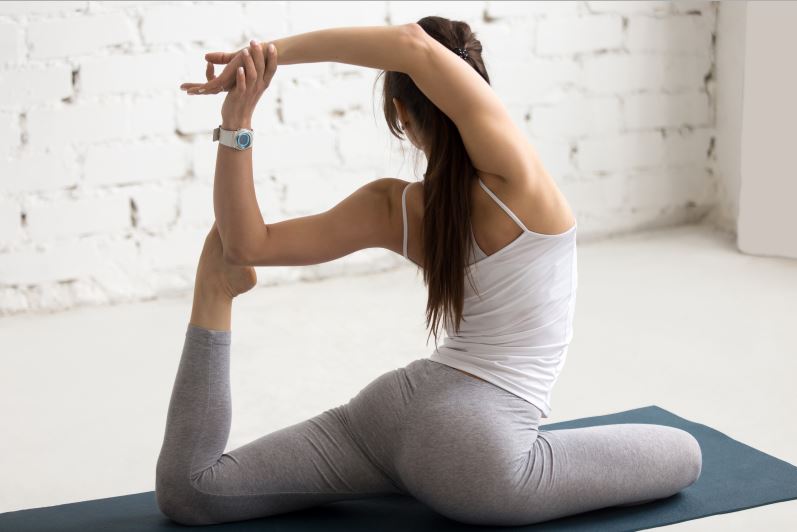 Do yogis believe in God?

God plays an important role in yoga. But more than God, yoga believes in the existence of a supreme being. Yoga doesn’t follow the general principle but is rather focused on practical philosophy.

Yoga, being a practical approach, teaches us to take responsibility for our own actions. Our general belief in God is very different from that of the belief in God in Yoga.

The main aim of yoga is to achieve freedom from the bondage of our personality. Hence, God in Yoga stands on a very high pedestal and is a part of perfect consciousness.

Yogis do believe in God, but only with the medium of achieving freedom from the bondages. Yoga Sutra by Patanjali is the main Yoga book. This book brings forth the concept of mind and modification. Unlike us who believe that God is a supreme being, Yogis believe that Truth is the only God and that God is indescribable and infinite. Yogis do not believe in the form of God, but the supreme being who brings power.

According to Yogis, we can meet and understand God fully only if our heart is pure and free of sinful thoughts. Our higher intellectual understanding plays an important role in making us close to God. Even Patanjali is cautious while discussing God in his book. His book mentions that God’s concept is omniscience that is free from various Karmas. Indeed, God is hailed as the primary spiritual teacher.

Hence, it can be concluded that Yogis do believe in God, but only as a Being who is the Ultimate or Supreme Truth. It is because of the existence of God that everything else in the world exists. However, Yogis fail to capture the totality of God’s consciousness. 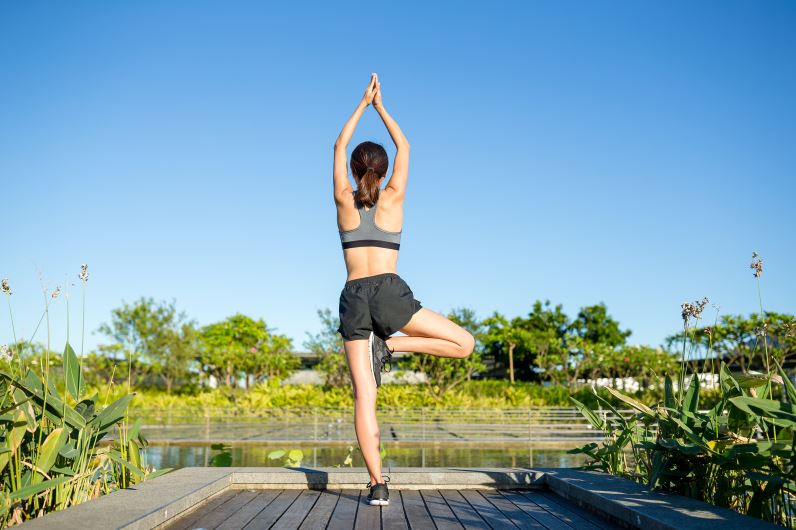 What religion does not allow yoga?

As we wrote before, Yoga is a mindful practice to attain spiritual growth. It also helps in your mental and physical growth.

Still, Yoga is prohibited in some particular religions. The Church prohibits the practice of yoga. Since yoga is considered to be related to Hinduism and Buddhism, it is not allowed in Christianity, Islam, and Judaism. Hence, most followers of these religions do not practice yoga. However, times are changing, and many Christian people have started doing yoga.

On the other hand, many churches in the UK do not provide their halls for conducting yoga sessions. But ever since the world saw the benefits of yoga, they became more flexible and embraced the practice too for their own growth. 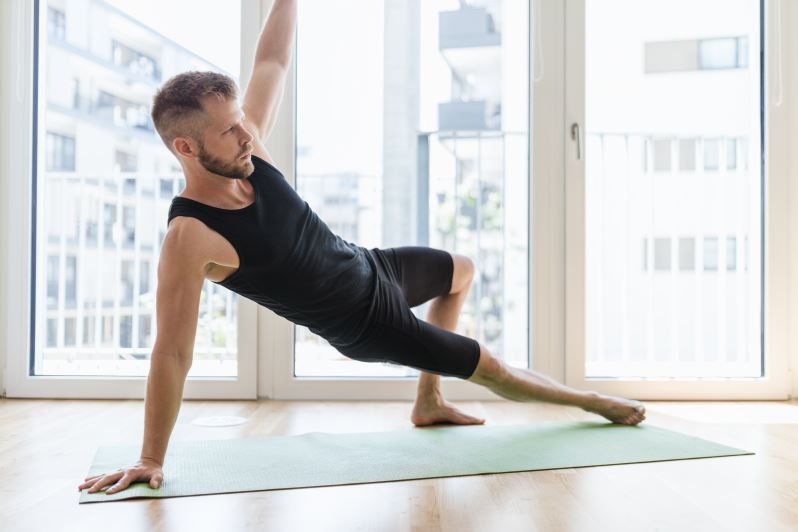 Is yoga against any religion?

Yoga, according to Yogis, is a way of life. It only teaches you what you should accept and what you should reject. It is not a religion and does not abstain anyone from practicing their own religion. Hence yoga, in no way, is against any religion.

Is yoga against the catholic religion?

Yoga does not challenge the beliefs of the Church. Yoga is a straightforward practice that allows one to follow a healthy life. It is not against any religion, as mentioned earlier. Similarly, yoga is not against the Catholic religion, either.

What is the principal conflict between yoga and Christianity (or any other religion)?

There has always been a conflict between yoga and Christianity because of yoga’s origins. Many Christian leaders believe that yoga is related to Hinduism. Hence, they denounce the practice of yoga.

Yoga is often referred to in the concept of East Asian religions. People in East Asian countries and worldwide have been practicing yoga as a meditation to attain spiritual unity with God and nature, mostly the ‘divine-self.’

However, according to the Bible, we should meditate only in God’s name and that we can never be divine in ourselves. As per the concept of the Bible, God and nature can’t be one. God is the supreme being. If we practice yoga, we tend to make nature and God one, which is not permitted.

Hinduism has six main schools of thought or Darshana: Samkhya, Nyaya, Mimamsa, Vedanta, Vaisheshika, and Yoga. These six orthodox schools tend to form the core of Hinduism. These orthodox schools are gained from the Vedas and all the Hindu concepts.

According to Hinduism, Yoga’s main goal is to become one with God and nature. The word yoga is derived from the Sanskrit word, ‘yuj,’ which means to unite.

Many Hindu textbooks, such as the Vedas and Upanishads, discuss yoga to control senses. Yoga finds a mention even in the holy Hindu textbook, Bhagavad Gita. Dhyana yoga is the most followed form of yoga because it is commonly understood by everyone today. 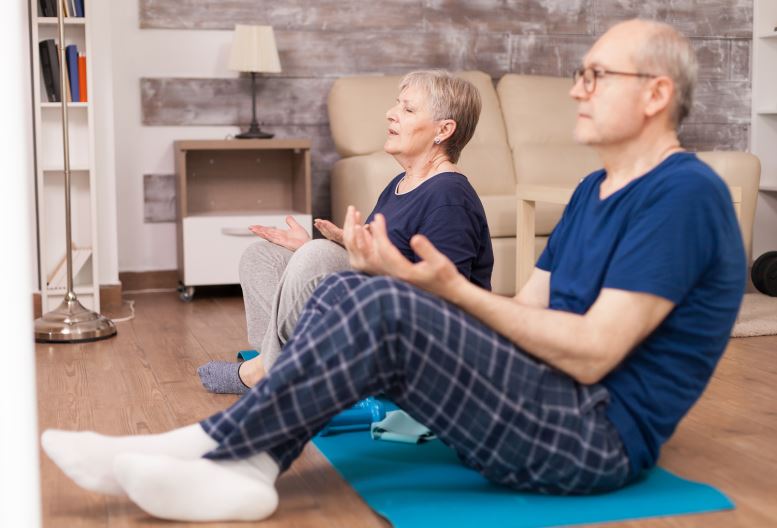 The main goal of Buddhism and Yoga is to achieve enlightenment. More than the differences, Buddhism and Yoga share a lot of similarities. Both focus on increasing concentration and staying away from the path of fragmentation of thoughts and distractions.

Yogic and Buddhist schools believe that one can only be enlightened if they are free from the dualistic mindset. Compassion forms the main impact of Buddhism and Yoga. The enlightened state helps one realize that they are one with nature, God, and with themselves. All these conscious realizations of Yoga and Buddhism makes everything so clear that all delusions disappear.

According to Yoga and Buddhism, suffering exists globally, and it is also straightforward to get over it. Buddhist gurus and yogis have practiced meditation since ancient times to achieve ’emptiness’ or complete freedom from these worldly sufferings.

Does doing yoga make you a Hindu or Buddhist practitioner?

Yoga is an inclusive term, which is why many face difficulties in recognizing it. Yoga is a spiritual practice, and anyone from any religion is free to practice yoga. Doing yoga and its asanas will not make you a Buddhist or a Hindu. However, many Islamic and Christian people refrain from practicing it.

So to the question, if yoga is religion, the answer is straightforward. It is not a religion but a way of life. Yoga is more of a science that makes you conscious about your mind and body relationship. Practicing and doing yoga will only make you a better version of yourself and not alter your religion.

Yoga and Weight Loss: Can Yoga Help You Lose Weight?

What type of Buddhism is practiced in Thailand