The concept encompasses a reference to the meaning of the beauty of things, and the importance of things. What is considered beautiful? What does it matter? Does a perfect glass embody beauty, or rather, is a slightly cracked glass, with signs of aging and antiquity, the beautiful thing?

Is the flowering of a fruit tree the important thing, or rather, its end? What about the dropping of leaves and flowers? Zen Buddhism, which was firmly rooted in Japanese culture, attributes great importance to the specific moment, here and now, to all things that happen at that moment. The wave is temporary, and therefore, the great importance lies in the present moment.

Spiritual liberation can be achieved here and now

The desire for spiritual liberation (Nirvana) is not a long process at any end, but something that can be achieved here and now, if only we pay attention to the present moment, if only the appropriate attention is given. Mono No Aware refers to that fleeting moment, to the sadness involved in the end of things, a flowering that ended, a life cut off and passed. In these contexts, there are three things that illustrate the concept well (of course, there are infinite examples).

A very big event in Japan that starts from mid-March and ends in mid-April. All the flowers bloom, but what distinguishes the cherry is the short flowering of its flowers, which lasts only a week. There is nothing like the short flowering that quickly passes through to symbolize Mono No Aware.

The young kamikaze pilots who committed suicide into American destroyers and aircraft carriers. The death of the young men, some of them only boys who had learned to fly an airplane but not to land it, was just the brief rash that passes quickly and is therefore “the sadness of the passing things.”

The samurai, who lived in daily readiness to die. Those who died young, in war or suicide (in order to preserve their personal dignity), were “the sadness of the passing things” and so they themselves treated it. 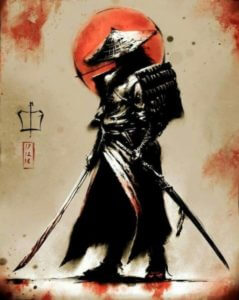 That is, what makes things beautiful is their temporariness, their transience, the fact that now they are here and a moment later they are not.

According to the Japanese concept, being Japanese means having a sensitive soul that can sense the nuances of “Mono No Aware”, and therefore, not everyone can be Japanese in the deep sense of the word.

The Elephant And The Blind People

The Wonderful Story of Zheng He