Like every dynasty before it, the Qing dynasty disintegration began long before the formal end. The official end was just a chord ending of a choir that could not play anymore and most of its players dispersed, except for the conductor who was still trying to make his movements on the stage.

Decades of unrest due to warlords, Japanese invasion and civil war

The declaration of power in 1949 created a single governmental center in China, after several decades of lack of a clear governmental focus. First (after the fall of the Qing dynasty in 1911) it was the period of the warlords, wars between generals with private armies. After Chiang Kai Shek, a powerful and dominant general managed to overcome his competitors and form one central government in China, instability persisted due to the Japanese invasion to Manchuria in 1931 and then to China itself (from the east) in 1937.

And also because of a stubborn civil war between the nationalists led by Chiang Kai-shek and the Communists led by Mao Zedong, which was run in parallel to the Chinese Japanese war. A civil war was finally decided on Dec. 10th 1949 in Chengdu, when Chiang Kai-shek and his son had to flee to Taiwan, where he established the Republic Of China (ROC).

The creation of the one central government marked the end of the government decentralization in China, but it certainly did not mark the end of troubles in China. On the contrary, in terms of the numbers of those killed, the situation only worsened. On Oct. 1 949, just over two months before Chiang Kai Shek was had to flee from China to Taiwan, Mao Zedong announced the establishment of the People’s Republic of China.

This day became an official holiday in China and it’s called: National Day (until 3/10) and its celebrated in China, Hong Kong and Macao. The entire week is called golden week because with the addition of a vacation bridge it becomes a week off and a week off in China, a huge “internal migration” takes place.

It is estimated that 600 million people are on the road. It is not a recommended period for commuting in China, not from the transportation aspect and not from the economic aspect. Naturally, the prices of tickets for transportation are becoming more expensive during this period.

Gosaikunda, The Place Where Shiva Had Stuck His Pitchfork 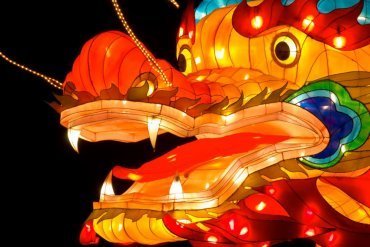 China Holidays and their meaning 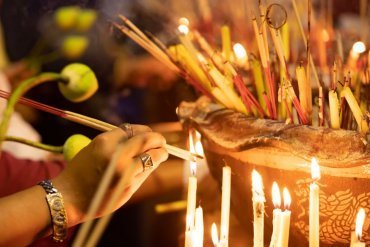 What you need to know about Thailand festivals