According to Hindu mythology, Lord Indra, King of Heaven, rode on his elephant and met the sage Durvasa, who offered him a bouquet of flowers he had received from Shiva.  Indra accepted the bouquet and put it on the elephant to show he was not an  inconsiderate god. The elephant, who knew Indra, knew that he was not as he pretended to introduce himself, but the opposite, his ego guiding him. So, he took the bouquet and threw it to the ground.

The act caused Durvassa to be angry, since that stranger symbolized luck, and the attitude toward it should have been like that of Prasada, the gifts given to the gods (The different dishes served to the gods can be seen in every temple in India).  Durvassa cursed Indra and all Devas, superhuman creatures who were led by Indra, and wished them to lose all their strength and fortune.

In the battle that took place after the incident, the Devas who lost their power were defeated by the Asuras and their leader in Bali, who became rulers of the universe. The Devas went to seek help from Vishnu (Vishnu maintains the good from evil and its various incarnations appear when it’s necessary to defend good against evil). Vishnu advised the Devas to behave diplomatically with the demons, that is, politely.The devils formed an alliance with the demons to mash the milk ocean and prepare a drink of immortality and divide it between them. During the mash of Ocean of Milk, the demons used Vasuki, Shiva’s snake.

They wrapped him around the mountain, while the demons held the snake’s head and the gods held its tail.

They wrapped him around the mountain, while the demons held the snake’s head and the gods held its tail. As a result, the demons were poisoned by the venom from the snake’s mouth. Still, they continued the process and pulled the snake back and forth, side to side, until the mountain began to vibrate and begin the process of mashing the milk ocean (This scene is described in sculptures in the Bangkok airport). The process released a particularly strong poison. The devils and the demons who were terrified by the power of the poison that could destroy all creation, went to Shiva to seek his help.

To protect the universe, Shiva drank the entirety of the poison. Parvati, his spouse, clutched his neck to prevent the poison from reaching Shiva’s body and causing destruction to the universe. As a result, Shiva’s throat turned blue. According to Hindu mythology, Shiva stuck his three-prong pitchfork into the mountain to extract water and soothe the irritation caused by the poison.

The formation of Gosaikunda

The entire area has 108 lakes.

According to Hindu tradition, where Shiva planted his pitchfork, the two lakes were formed. The site is at 4,380 meters, called Gosaikunda, or the “frozen lakes” (the lakes are frozen for about six months, from June to October). The entire area has 108 lakes and is located in Langtang National Park, north of Kathmandu, 5-6 hours away. Gosaikonda is a sacred site and thousands of pilgrims visit during the year, especially during two festivals in the area.

The photos below were taken during a trek in Gosaikunda.

The Wonderful Story of Zheng He

600 Millions People On The Roads 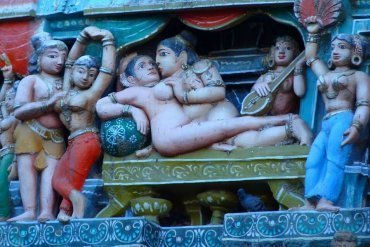 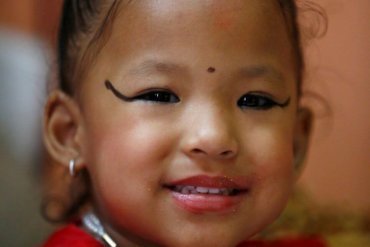