As seen in our previous article, a mandala is a spiritual or ritual symbol that’s common in the Indian religions of Hinduism, Buddhism, and Jainism.

These rich visual objects are usually circular, with a basic form of a square with four gates containing a circle with a center point. Each one of the four gates is in the general shape of a T which gives them radical balance.

This article will enrich you with original Nepalese and Tibetan handcrafted mandala and Thangka paintings. In order to set expectations, e are not talking about mandalas of the kind sold in Amazon or eBay (without belittling, of course) but in original and spectacular artworks created in Nepal or Tibet.

Handicrafts each of which has its own meaning that we are trying to convey in the article. Each mandala has a link that leads to them and there you can get price details.

Disclosure: We are an affiliate with the seller.

Mandalas are simply geometric patterns, diagrams or charts that usually represent the universe. They’re mostly used for meditation, hypnosis, and as spiritual guidance tools for establishing a sacred realm.

This happens when the person fully internalizes the image of the mandala either during drawing, building, or visualization. The creation of a mandala represents the transformation of the universe from a reality of suffering to one of enlightenment.

A mandala maybe painted, drawn, or even made using sand. They’re mostly found as paintings on a wall or scroll, as sand illustrations on board, or as a visualization in the mind.

Although most mandalas look complicated, they’re quite easy to draw. Drawing a mandala is a highly enriching personal experience in which you look within yourself to find the shapes, patterns, and colors to represent what you feel within or what you would like to achieve.

To create a simple mandala design, all you need is a paper, a pencil, a ruler, an eraser, and crayons. If you have trouble drawing, you can check some mandala design ideas online.

Most religious art in East Asian Cultures, especially the Buddhist temples feature the mandala design. People also buy these geometric patterns and combine them to create masterpieces that act as a holy blessing.

You may either buy a ready-made mandala or a blank one and color it yourself. If you’re considering mandala shopping, there are quite a number of websites that sell art in Asia. However, you should be very careful to avoid being scammed. Check the website’s credentials and contact them to make arrangements on how you’ll get the art.

In this article, we’ll look at the different mandala designs and their meanings:

Meditating on this beautiful mandala brings a series of intertwined and complex emotions of being compassionate. As depicted in the painting, Avalokitesvara has 11 heads and 1,000 arms but may take any form (either male or female) in order to other living beings.

This means that it doesn’t really matter what position you’re in, you can always find a way of helping others; whether humans or animals. The most important thing is that you are able to feel the need to help and actually do it.

This mandala painting is all about infinite compassion and uncompromising mercy. Helping other people and liberating them from their misfortunes is no easy task. It takes great courage to undertake such a task of this great magnitude. This painting evokes feelings of generosity and wanting to be charitable.

This design speaks to us about sacrifice and the willingness to help people who are going through hard times and misery. It also warns against ignorance, discrimination, and selfishness. Avalokiteshvara’s invocation saves and protects us from danger.

This painting is a medical thangka that embodies the healing aspect. Whenever you are feeling sick, the Medicine Buddha will dispense a spiritual form of healing that cures spiritual, psychological, and physical illnesses.

This Buddha is also a representation of all the aspects of absolute Buddha-nature such as compassion, wisdom, power, and emptiness. Meditation upon this design is bound to bring enormous healing power that even the dying can benefit from.

The healing not only brings temporary relief but permanent healing freeing you from any type of suffering be it physical or otherwise.

This mandala is really powerful and has been in use for a really long time in India and is believed to bring peace, prosperity, harmony, and good luck. You may keep the Sri Yantra in your home or office to attract the spirit of abundance, prosperity, and affluence in both the materialistic mind and the spiritual aspect.

The triangular pyramids within the Sri Yantra geometry have tremendous positive powers; they bring a sense of tranquillity, peace, and confidence in unlimited abidance.

The White Tara Newari Painting brings inner virtues of compassion, magnified by the simplicity of her presentation. The figure is an embodies the principle of loving-kindness as represented by a pink lotus.

This painting of Kali Yantra is also referred to as “The Dark One” – although she may seem quite frightening, she is filled with immeasurable compassion.

At times, looks may be deceiving; just because someone looks scary from our viewpoint, we should get to know them more to learn their true colors behind Kali’s fierce façade is the loving mother who is protective of her children and bestows the grace of liberation.

This painting harbors vital Shakti energy. Having this painting will bring so many important benefits in your life. For example, it will offer protection against the evil intentions of your enemies and removes negative energies from your surroundings.

Additionally, this mandala removes any curse that had been laid on your life causing you to be professionally and hence financially. If you want your family to be more united and peaceful, you definitely need to get this design. It will also help you on the path of enlightenment and journey of salvation. Click here for more details.

This mandala has the ability to avert obstacles and protect against calamities and malignant beings. Reciting the Sitatapatra mantra purifies the practitioner against any defilements and keeps away any evil influences.

Sitatapatra’s Dharani is worn as an amulet and is believed to have the power to alter the weather and thus offer immediate protection in adverse circumstances. She has the ability to protect sentient beings from natural calamities and diseases. Her one thousand eyes symbolize the power to watch over all living beings and protect them.

Vairochana the great illuminator is a representation of the possibility of great illumination. In life, people might see you as being ignorant but it’s never too late to work on yourself and aim at achieving enlightenment.

The Tibetian Mantra Mandala with Singhamukha Yogini is great for meditation. When you are meditating and chant the six-syllable mantra of Avalokitesvara, you will be redeemed from all the miseries that you may be going through and protected from any potential dangers that might cause you harm.

You may use this magnificent Shakyamuni Buddha Thangka as a precious wall hanging on a strategic wall that you see every day either at home, at the office, or in the temple. This will be your source of inspiration whenever you look at it

Thangka creates a peaceful and spiritual environment wherever it is placed. This is guaranteed to inspire you to be more compassionate and kind. It also encourages you to meditate and pray often.

Siddhartha Gautama who was the son of a king lived a pampered life until he came face to face with death. At this point, he decided to give up his royal birth-right and instead seek the peace of mind. He attained full enlightenment at 35 and started teaching others until he died at the age of 80.

This beautiful painting is based on the “Twelve Great Deeds of Buddha.” Before Gautama Buddha’s mother got pregnant with him, she had a dream that she was pregnant with an elephant which is a symbol of fertility. This came to pass and she carried him for 10 months.

Even though Gautama grew up enjoying the life of a prince, he wasn’t truly happy. He instead opted to leave the palace to experience life as it is. He saw how other people suffered and sought out to find answers on how to free the world from suffering.

Upon meditation, Buddha found enlightenment by understanding the cause of suffering and how to end it. He later passed into nirvana which is the final stage of pure bliss after getting enlightenment.

Amitabha Buddha is also referred to as Amitayus Buddha and created a pure land in the uttermost west beyond the bounds of our world. When you call upon him to be reborn to this land, you ultimately become Bodhisattvas. This mudra represents wisdom which is accessible to all including the lower beings.

This mandala is about Amitabha Buddha and is in the color red which represents love, compassion, longevity, wisdom, and emotional energy. He protects people as well as other human beings from negative energy around them.

Amitabha was a king who renounced his throne to become a monk. He teaches us to keep ourselves pure and avoid succumbing to lust, greed, and worldly desires.

This mandala is about Amitabha Buddha and is in the color red which represents love, compassion, longevity, wisdom, and emotional energy. He protects people as well as other human beings from negative energy around them. Amitabha was a king who renounced his throne to become a monk. He teaches us to keep ourselves pure and avoid succumbing to lust, greed, and worldly desires.

Shakyamuni Buddha is a beautiful depiction of the historical Gautama Buddha. It very powerful in supporting a person to overcome illness or death. It’s also efficacious in helping a person to accomplish his/her goals. The deep blue color symbolizes purity and is believed to have a strengthening effect on the body and illuminates the mind. Meditating in front of this thangka alleviates spiritual, mental and physical illnesses.

Travel to India – A Must Read Comprehensive Guide 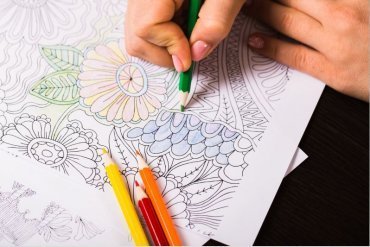 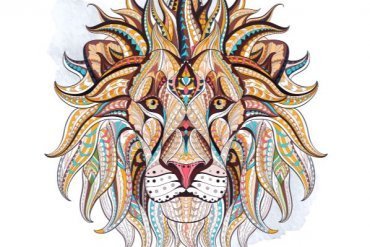