Scientifically, energy and mass are one and the same. They are two different instances of each other. Humans know how to transform mass into energy and still do not know how to turn energy into mass. But mathematically, the ability exists. From a physical aspect, it will probably happen one day when adequate technology becomes available. But why energy is important in order to know what is Feng Shui?

Energy As A Concept

Energy as a concept has existed for thousands of years in Chinese philosophy. Of course, not in a scientific context that can be measured and predicted, but as a term, it exists. In a sense, there is a similarity between the two terms, in both of which energy is power. But here, the resemblance ends. In Chinese philosophy, the source of energy is external to Earth, permeates everywhere, and its flow influences everything. The teaching that deals with this called Feng Shui (风水), Feng is wind and Shui is water. That is, wind and water.

Evidence of Feng Shui existence was dated to 7000 years ago

Feng Shui is one of the oldest teachings in the world. Evidence of its existence was found in two ancient civilizations discovered in northern China at the beginning of the 20th century. The Hongshan culture and the Yangshao culture existed about 7,000 years ago. The goal of early Feng Shui was to find a match between humans and the universe, using astronomy.

Qi it comes from the universe around us towards the earth.

The energy of Feng Shui is called Qi, and it comes from the universe around us towards the earth. Another Qi energy is emitted from the earth. Man, and everything he has (including his place of residence) is in the middle between the flow of Qi. In the human body, according to Chinese philosophy, there are meridians; these are channels of energy through which the energy flows, the one coming from the earth and the one coming from the universe.

The Purpose Of Feng Shui

The purpose of Feng Shui is to understand how the Qi works and it’s quality level. From this, we will derive its influence on us and how we should prepare to be in optimal alignment with it. The meaning of the mismatch or lack of harmony with Qi is negative and will manifest itself in everything in life: livelihood, family, health, and hence, the connection to acupuncture, which aims to open up blocked energy channels in the body and thereby improve health. The harmony with the environment is, in other words, is the connection to Dao, and hence, the connection between Feng Shui and Daoism, which is one of the three pillars of Chinese culture (together with Confucianism and Buddhism).

To understand the principles of Feng Shui in general terms, two different concepts must be recognized. The first concept is Yin & Yang . The second concept is the five elements (phases)

One of the most common and familiar Chinese concepts and symbols. It refers to two types of opposing situations, complementing each other, in their cycle of action. Their periodicity is the harmony of nature. The Yin represents something slow, cold, and dark. Yang represents something fast, warm, and bright.

These two things can be interconnected in the same thing, cyclically. For example: the water surface of the sea, more turbulent, fast, bright and warm, is the Yang. In the depths of the sea there is darkness, cold, less flow of water, and that’s the Yin. Another example is day and night, the day is Yang and night is Yin.

The five elements are wood, fire, earth, metal, and water. The elements are arranged in a circle and their order is important. The first begot the second and the third limited the second. For example, the tree allows the fire and the water to limit it. The fire helps create the soil (the ashes) and the trees limit the soil.

In addition, each of the five elements represents something else: – The tree – growth and expansion – Fire – upward motion – Earth – stability and neutrality – Metal – purification, convergence – Water – downward movement

Each of the elements can be in the form of Yin or Yang, and all phenomena can be explained by a combination of elements with Yin and Yang.

Harmony With The Qi

The complicated methodology of Feng Shui outlines the optimal state to reach harmony with the flow of Qi. It takes into account Yin and Yang, the five elements, the combination of all these and other parameters such as dates, locations, orientation (of buildings), climate, land, and more. This is reflected in the way in which houses are built, their internal arrangement, and the state of mental and physical health. There are many parameters that affect the final result that can be calculated by Feng Shui masters.

Feng Shui as “a feudal practice of superstition”

The Communist Party regarded Feng Shui as “a feudal practice of superstition” and during the Cultural Revolution in the late 60s and early 70s, declared war on Feng Shui as part of its overall war against Chinese culture. It was not for nothing that Feng Shui was kept in Hong Kong under British control.

Today we can find it in Taiwan, Hong Kong, Singapore, Malaysia. Feng Shui consultants are involved in large construction projects. The Singapore airport, Changi, one of the best in the world, incorporated elements of Feng Shui in the form of gardens and running water. The same is true of many hotels in Singapore.
energyFeng shuifive elementsfive phasesharmonyqi
0

When the Ancient History Of India Comes To Life 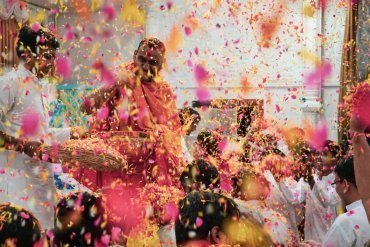 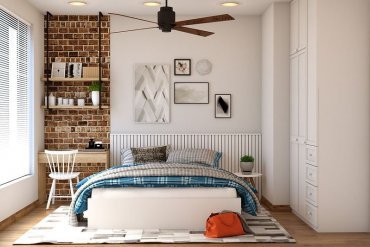 How to improve your life with Feng Shui for bedroom